This is the “Terrific Tri-Five” Chevy that I caught cruising at last year’s California Auto Museum Annual Cruise down Fulton Ave. (Note – the CAM cruise is scheduled to happen again in 2017 on Sept. 9, watch for more details in upcoming issues). This 1956 Chevy Bel Air Hardtop is owned by Kevin MacDonald (and daughter Stephanie) of Sacramento. About 5 years ago, Kevin found it in Arizona and brought it back to Sacramento and had Eddie’s Chop Shop in Orangevale, CA add power steering, disc brakes and air conditioning. Cole Cutler of Folsom, CA, built and installed a special 383 Chevy Stroker V-8 pumping out 425 big ponies. Kevin’s good friend, Dennis Gardner of Boise, Idaho (who just happens to own the Maaco Auto Paint and Collision Repair in Boise), had some winter down time and he personally painted the “Terrific Tri-Five” a stunning, laser straight, red and white, two tone, paint job that you see here on the Cruisin’ News pages. The photos were taken at Bill & Lucy Smathers, B&L Auto Décor in Rocklin. Note-Bill can take some fantastic pictures of your car in his “sterile” white shop … aka a photo studio. If you need to sell your vehicle, Bill has many worldwide connections having sold many cars in Europe. Bill now has a European collector trying to buy Kevin’s ’56 Chevy after he saw the pictures of Kevin’s car online. Call Bill at 916- 214-8468, if you need to get photos for a Cruisin’ News photo ad. The pictures can really help sell the car or if you just want some great, high contrast, cool pictures of your car. As we were going to press, Kevin received an offer that he couldn’t refuse on his hardtop … there might be a new 1956 “post” 502 big block coming to his garage soon. 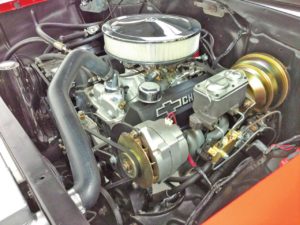 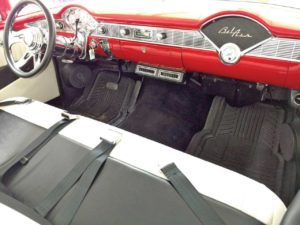 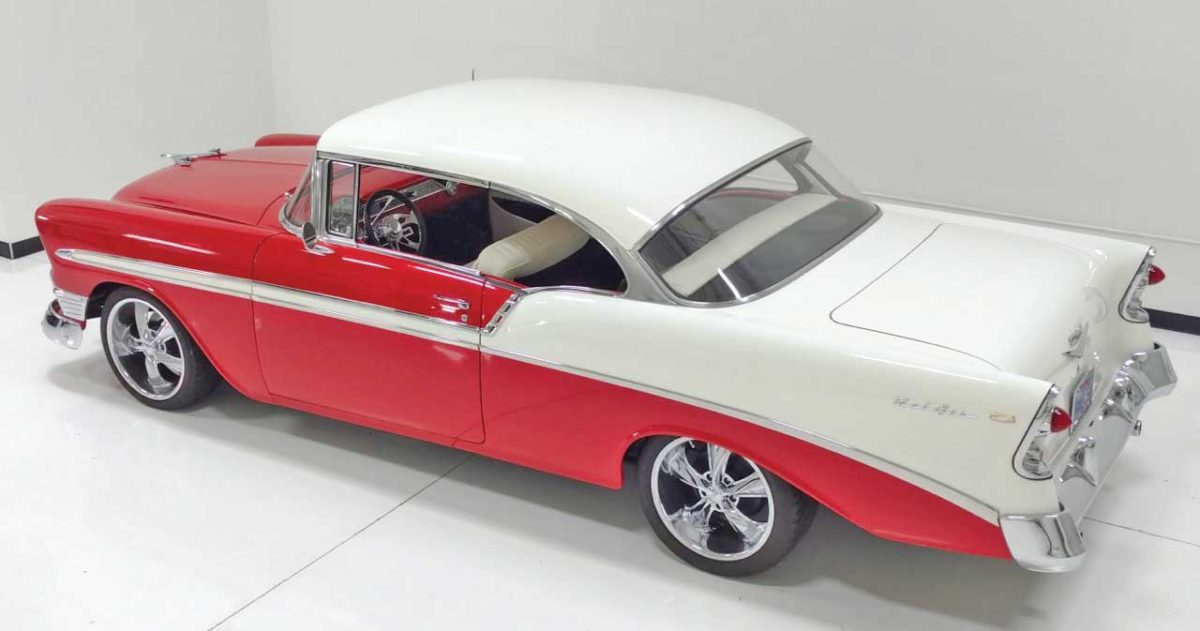 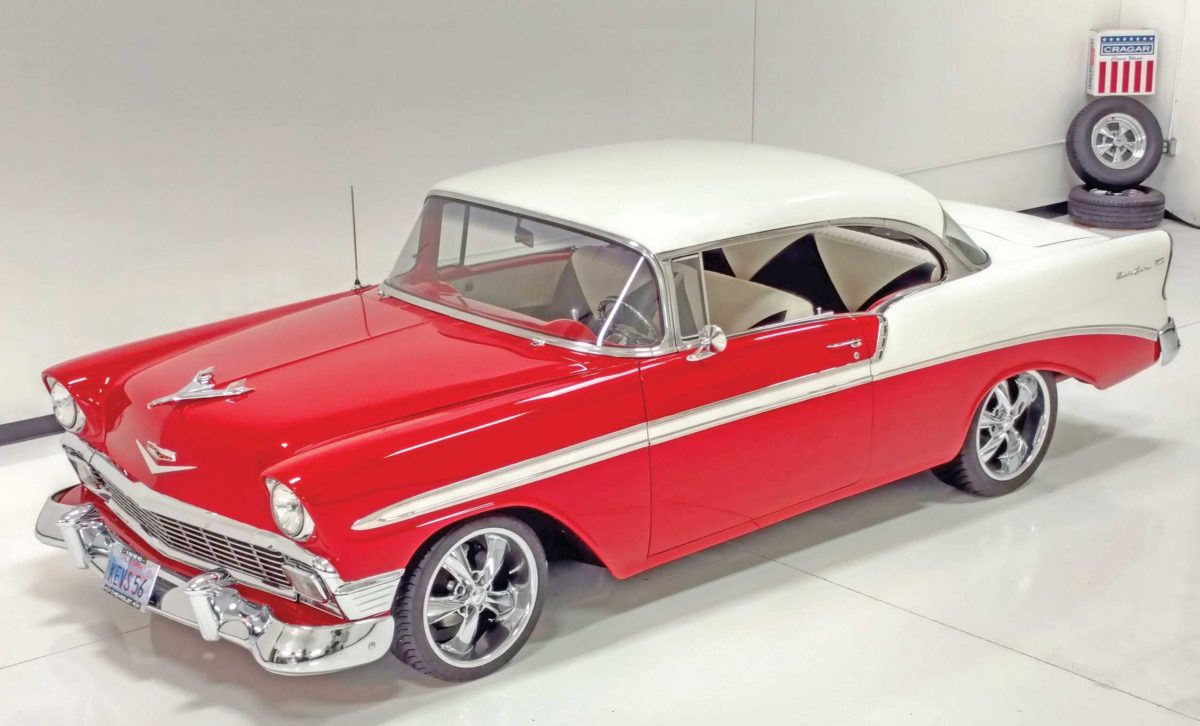